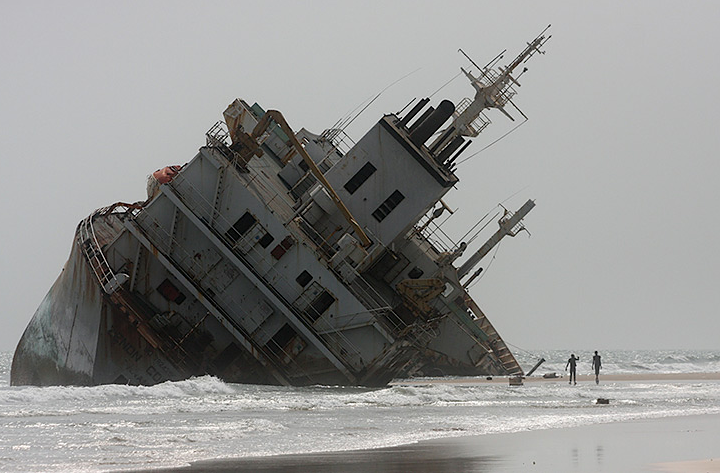 Like other African cities, or the entire continent for that matter – who are victims of the West’s pen, weaponized by half-truths, misconceptions, single stories and unfortunate generalizations – Lagos is a misrepresented little giant. Yes, we are coastal and really should be investing more in water transportation instead of choking our roads with more cars than they can carry, giving juice to our infamy as a traffic capital. Yes, there are seventeen million of us and sometimes this means there are not enough houses to go around (or not enough competent officials in the works & housing ministry, or it just never is this simple.) but these aren’t the only songs on the album of our lives. Nor are they not the teething problems of a megalopolis that admittedly should no longer be in infancy. But there are many more stories of us, about us, of our lights and sounds, of the threads and stitches that bind our industry, of our histories; of our lives today -in little pockets and corners you don’t hear…

In 1997, in Ikoyi, I used to take long walks on Glover Road, Macpherson Street and McGregor Avenue – all relics of an English colonial past. I would walk past tall palm trees, houses with large front lawns and gardeners, working dutifully with their shears and mowers. The palm trees listened to the music of the wind. Their leaves would swish and bend as it played. The houses had tall, jet black, foreboding gates and taller walls that had brown bricks too many to count. There was calligraphic lettering on the walls that showed the allotted number of each house. There was almost always a ‘Beware of Dogs’ sign beside the number.

Everybody seemed to always stay indoors. Cars would pass by at long intervals. The sands were tucked in on either side of the concrete road. The roads had no open wounds. There was almost always electricity. A dictator was our self-appointed king at the time; and bar a courageous few, we were an obedient, silenced, fenced in people.

My siblings and I found our protest at the video store at the end of our street, in titles like The Titanic. I was not allowed, because I was not old enough to watch it, but I did. I marvelled at the simplicity of Rose and Jack’s lives; how their own tragedy was being kept apart by social class structures and eventually, dying as a result of someone else’s carelessness. I wondered if they knew anyone who had been killed as Ken Saro-Wiwa had, for the crime of fighting for his people. My siblings and I also found protest on the vinyl player, listening to the decadent rhythms of Sir Shina Peters, the wise strums of King Sunny Ade and the brazen Afrobeat recriminations of Fela Anikulapo-Kuti. We would put on the player sometimes after finishing our homework or after watching the 7PM evening news. Both were, to us, sombre assignments, after which a distraction was needed – the first because we didn’t want to dwell on whether we got the answers correct; and the second, because we didn’t want to dwell on the reports of disappearances, dead bodies in the street and mass lack. With everything, we avoided the reminder that our freedoms were not ours to own.

In 2005, I would take short walks in Fadeyi, Onipanu and Palmgrove. The apartment buildings huddled close together like Lego blocks. There would be half-naked children, playing in the street, in its muddy holes. By its constipated gutters, along the many, many stalls and kiosks that lined them: tomatoes, smoked fish, Indomie Noodles, cigarettes, airtime, eggs and expired drugs, on offer.

My neighbour was a mosque and my Alarm was its 5am call to prayer. “Sometimes I wish Mummy stayed with Daddy” I would think. Lagos can amplify your circumstances. I went to secondary school in Yaba, home to the University of Lagos and Yaba College of Technology. On its busy streets, dotted with computer literacy centres, schools, language training advertisements, I learned to be properly positioned in a sea of expectant people. When the yellow and black danfo bus headed to Fadeyi rolled up, I knew to run fast after it right as it began driving past the bus stop, threatened to leave me behind. I learned to negotiate smartly at the Yaba market which had everything- clothes, baby ointments, carpets, forex, mani-pedi treatments and timed rounds of sex with prostitutes- for sale.

Today, I am in Rele, (rele.co) a contemporary art gallery in Onikan. The walls are lined with: bronze, canvas, photographs, plaster cast, wood, paper and lithographs – all collectively worth millions and millions of Naira. One of the artists whose work is displayed here was invited to the Venice Biennale. His name is Victor Ehikhamenor. I will soon leave the gallery for a dinner in honour of a young fashion designer launching his label. I will drive on Awolowo Road, Ikoyi, past the City Mall, where international brands such as TM Lewin, Pierre Cardin have set up shop. Not far from here are the Ermenegildo Zegna and Hugo Boss stores with their shiny store windows. Many more are coming I hear. Their invitation was news of Nigeria’s burgeoning middle class. I will drive past many developments in progress – luxury condominiums, skyscraper office buildings- whose asking price I hear starts in the region of $1m per annum, and I’ll wonder who will be leasing or (gasp) buying them.

I will listen to Orezi’s Shuperu, which will tell me as usual, that I must hustle, try everything and maybe everything good will come. He reminds me that one only lives once. When I get to the dinner, there will probably be open gossip about the much photographed marriage from last weekend, between Dolapo Oni and Prince Gbite Sijuwade – where royalty wedded entertainment. There’ll be talk about how much was spent on the champagne, live band and the bride’s make-up.

There will be quieter gossip about this young designer, for whom we are all gathered. There’ll be speculations about how well he would fare, joining a now saturated pool of local designers, fighting for the attention of the same consumers. Some may bemoan the non-existence of a textile industry which would at least have supported his production. Some may scoff at the viability of fashion design as a career to begin with. Many will forget that as with other things and people in it…
Lagos is a reach for the stars. Lagos is the song that croons, ‘if at first, you don’t succeed…’